You probably know Wordle, the game where you must guess a five-letter word in five attempts or less.

I’ve enjoyed it greatly these past few months and something interesting happened with my son. He got interested and started playing in Japanese first, then in French, and a little in English.

As a reminder, Japanese and French are his native languages, he’s almost seven and is educated in Japan. He doesn’t really know English. He does learn some vocabulary thanks to Wordle though.

The following conversation happened the other day. 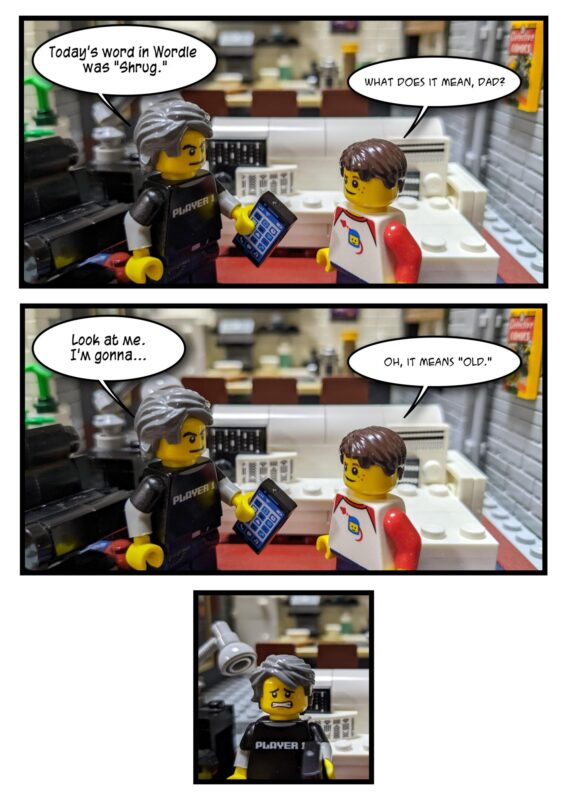