How to to use slang in French?

We’re back today with an Ask a Frenchman post. One that deals with the French language itself. A field, I know a little bit about, and not just because I was a French teacher in a past life.

But don’t run away if you don’t speak the language. You can find this post interesting even if you’re not a French speaker or learner – I hope.

The question was originally asked by an American friend who lived in Paris, was almost fluent back then, but still didn’t master the subtleties of the language.

Here is the rest of her question:

“I also know that French slang terms are not considered proper and are not to be used with people you don’t know pretty well. English slang doesn’t carry this same negative stigma to Americans- I am not talking swearing here, btw.” 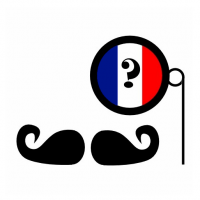 And here is my answer:

I’d say that it’s all a question of social class and also what kind of slang is being used.
In my opinion, French slang carries a negative stigma only in the more bourgeois layers of the society, not so much in the middle and lower classes (not even among the “nouveaux riches”).

Now, it’s very important to underline that there’s not one unique kind of French slang, but many. I even can safely say that French slang is richer than American slang. We’re talking about slang here, and not just curse words.

Big disclaimer here: I’ll mostly compare French and American English on that matter. First, because the question was asked by an American, and also because American English and cultures are the ones I’m familiar with. I’m pretty sure the situation is quite different with other variations of English. I’m even assuming that it’s not too dissimilar from French and France in the UK and Ireland, although I’m only assuming here. If you want to add your insight on the topic, I’ll be happy to read it in the comment section.

Back to our answer:

A short history of French slang

Most French various types of slang come from working-class jobs. Many different professions use many different and specific terms – related or not to their profession – to communicate. And this also translates to informal language. Professional jargon and slang are linked and usually share common roots. Terms from the former becoming terms of the latter.

While it’s probably always been the fact, back in the days, people had a tendency to stay among their own social layer much more than nowadays. Of course, the upper-classes rarely spent time with the lower-classes, neither then nor now. But also, people from one given profession – let’s say butchers (not a random choice – a lot of Parisian slang originates from that profession) – used to mostly hang out with other members of their trade. Competing with each other was not as much of an issue back then (remember guilds?). Also, they all ran into each other constantly, when going to Les Halles for example, and in Paris’ case. Chronologically, we’re talking about the late 19th Century, early 20th Century, mostly. It’s the time period when a lot of nowadays slang finds its origins.

Concerning Les Halles, you need to know that before being a shopping mall, it was the central fresh food market of Paris. Produce coming from farms all over France was send there to be sold to Parisian retailers. I’m mentioning this because Les Halles is more or less the birthplace of most of the different variations of Parisian slang.

So, people from the same profession started developing similar words and expressions that only they used. In parts, because this is what happens when people start spending time together and do the same activities. Jargon and slang originate from practical and specific terms but often perdure as a sense of belonging by the members of a given group. Also, professional slang could be used as a “secret” language. For example, when people wanted to speak in front of a customer, the authorities, etc without being understood by the outsider.

On the other hand, the bourgeoisie and the upper-class in general (which roughly was the same thing until quite recently) also developed their own words and expressions. However, one notable difference is that they were the dominant class. It means that whatever new language and expressions came out of their social circles was eventually incorporated into the official language and became part of standard French.

This brings us to today.

Professional slang has partly disappeared, partly merged into what we call today “French slang.”
The emergence of mass media in the second half of the 20th Century (radio and television) and of the internet in the 21st Century have had a huge impact on the language. While people don’t really spend time with people from the same profession anymore, they still tend to spend time with people from the same social backgrounds. However, mass media is nowadays the main purveyor of new terms and expressions. So there has been a certain degree of homogenization of the language.

To the eyes of the bourgeoisie, not much has changed, using slang still has this lower-class connotation, hence the fact that they think poorly of it. However, on the other hand, there sometimes is a certain “edgy” connotation to using slang.
This sometimes leads to awkward situations where people of power (very often political power) try to use slang in order to appear closer to the younger population than they really are, or cooler, or something. Who knows what their directors of communications are thinking at times. And, as they don’t really master the social and linguistic codes that they’re trying to use, it often leads to hilarious and embarrassing results.

It also should be noted that, so far, I’ve only focused on Parisian language(s). The reason for this is – as you may know, if you’re familiar with French society – that the country is so centralized on Paris that the Parisian ways of speaking are usually the dominant ways all over the country.

It means that all the regional slang and regional expressions carry the same stigma as Parisian slang. Not only from the Parisian upper-classes but also from the other Parisians. Just remember that what is considered “standard French” is basically “Parisian bourgeois French” to the chagrin of most non-Parisian French people.

More on that another day…

While I’m sure you’re very thankful for all of this background information, you might also think that it won’t be very helpful when needing to choose whether to use a term of slang or a standard term while speaking to your butcher or your neighbor.

So what’s the situation today with the use of slang? When is it OK to use slang, and when is it not?

My answer is simple – and at the same time, not at all.

It depends on who you’re talking with.

The problem for non-native speakers of French is that using slang is a very intuitive thing (like it is with every other language, it’s not specific to French). Growing up with the language, you just know when it is OK to use a certain word or expression and when it’s not.

Especially because slang is not a unified thing. There are many sorts of slang and even many different levels of slang within “one” slang. I’ve mentioned social classes and regions, but generational slang is very much a thing too.

So, if you’re not a native speaker of French, the only advice I can tell you is to be adventurous and to try using certain words with different people and see their reactions to it. I understand that it’s a bit risky. You may offend some people, or worse, sound like an out-of-touch politician.

Yeah, maybe you shouldn’t try with random people after all. Start with your friends and coworkers. And before trying, listen to them. When do they use which word? What social background do they belong to?

And after a while, parrot them. Use the terms they use and avoid the ones they don’t.

I know, it’s difficult and you will make mistakes along the way. So what? Making mistakes is an important aspect of the language learning process.

Once you’re there, you’re completely bilingual. Very few people reach that point. I even remember my professors in the US who spoke perfect French (perfect grammar of course, but also perfect pronunciation, even their accent was sort of French) but once in a while they would misuse a familiar term and that would betray them…

I’m not sure I’m even there with English. I probably was at some point, but I’ve been away from Anglophone countries for too long now. Nowadays, I encounter more and more terms on social media or elsewhere that are a bit mysterious to me. All of them are slang terms that became popular since I’ve left the US.

In other words and to conclude: don’t sweat it. Observe, listen and speak. Make mistakes, and eventually make the language your own. Use what you feel comfortable with, and stay away from what you don’t.

Don’t forget that the goal for learning a language is to be able to use it in the context where you need to use it. Perfection never was the goal and never will be.

2 thoughts on “How to to use slang in French?”