Today, we’re ending our series about Andorra (for now?) with El Pas de la Casa, a quite peculiar and unique town.

You can reach it from two directions – and only one road, really. The first one, coming from the “rest of the country” and, more precisely, from Soldeu goes through the Port d’Envalira (Envalira Pass), the highest pass and paved road of the Pyrénées Mountains (2,408 meters high / or 7,900 feet).

The town itself is located between 2,050 and 2,220 meters above sea level. It is considered one of the highest towns in Europe.

There’s a tunnel that allows you to go under the mountain, as the pass is often closed in winter. Andorra used to be cut from France a few times a year during the winter. So, in the 90s as the country was booming, Andorran authorities decided to build a tunnel under the pass. One of the many ways to open up the country. The tunnel was finished and open in 2002, and since then, Andorra and France are connected year-round.
However, unless the Port d’Envalira is closed, I advise you to go through it rather than the tunnel. The view is simply amazing from the top.

The second way to get to El Pas de la Casa – also called Le Pas de la Case in French – is from France. Actually, the town can be considered the “French side of Andorra.” It’s the only town in the country where French is the dominant language, even before Catalan, Andorra’s official language. It’s also the only part of Andorra that’s on the Atlantic side of the Pyrénées Mountains’ drainage divide. That is, it’s the only part of Andorra where water drains into France and into the Atlantic Ocean (water in the rest of the country drains into Spain and the Mediterranean Sea). 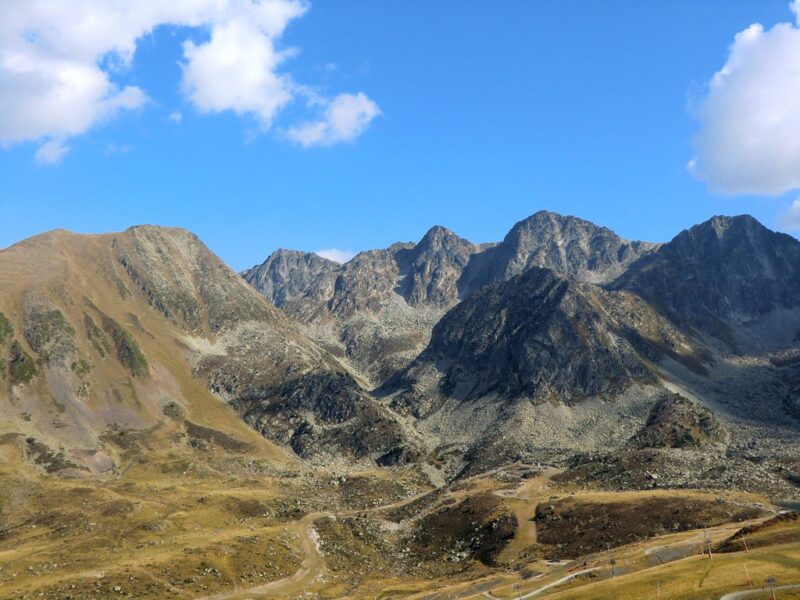 This picture was taken from the Port d’Envalira (to give you an idea of the view from there), the mountains in the background are actually in France. On the bottom right, you can see some ski slopes going down to the town.

As you’ll see in the next pictures, El Pas de la Casa has a peculiar appearance, not what you’d expect from a small mountain town, especially compared to the other villages of Andorra. Well, there is a reason for that.

El Pas de la Casa, literally means “the Pass of the House.” What house? The house that was the sole building there at the beginning of the 20th Century! A hundred years ago, this town didn’t exist! It just was one single shepherd’s house.

Development started after World War Two when French people from the neighboring towns started going to Andorra to find products that weren’t easily available in France. Because of the war, the French economy was in shambles and many products were hard to come by, especially things such as cigarettes and alcohol.
Andorra had stayed neutral during the war. The Nazis never bothered trying to invade it. First, it would have been quite difficult (see the picture above to give you an idea of the geography). Second, there was no point, really. As previously explained, Andorra was quite undeveloped at the time, with not much to be found there.
Stuck between Nazi occupied-France and Francoist Spain, Andorra was in a tricky situation. It had to remain officially neutral, if only for its own survival. However, a lot of the population was anything but neutral. During the war, Andorra became a safe haven for many people fleeing both countries. It also became a hub of spies and informants from all sides of both wars (Francoists, Spanish Republicans, French Resistants, the Gestapo, etc).

Because of this situation, smuggling to and from both France and Spain suddenly became a large source of income in the country. It may be then that modern Andorra was born, somehow. This is definitely where El Pas de la Casa was born. The wartime smuggler pass became a postwar trading post in 1945, and it developed from there. The Andorran economy, revolving around duty-free trade, developed from there too.

A few years later, the second thing that put Andorra and El Pas de la Casa on the map was skiing. The first ski lift opened in 1957 in Coll Blanc (the mountain above El Pas de la Casa, next to Port d’Envalira), and with it, tourism to Andorra was born.

El Pas de la Casa only exists because of these two reasons: trade of goods with France (duty-free cigarettes and alcohol being a big part of it) and ski tourism. That explains the very functional look of the place with little to no concern for appearance, unfortunately. 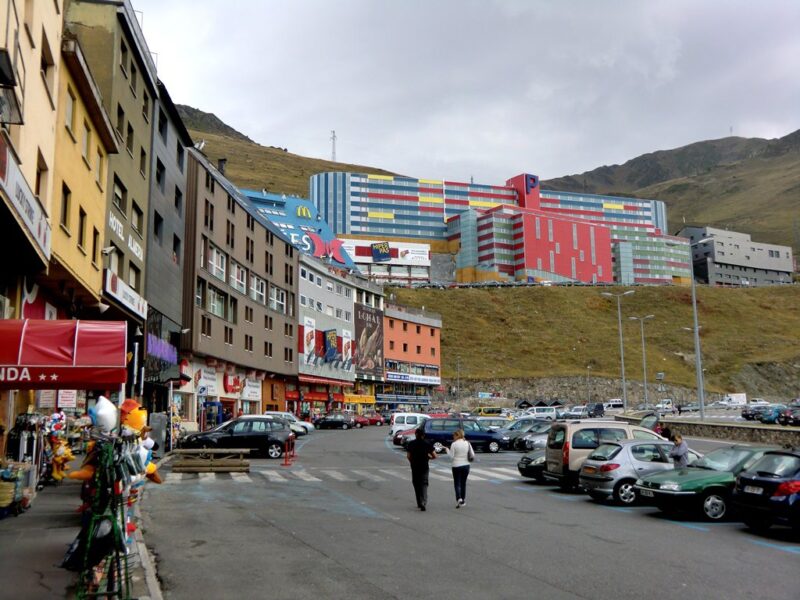 The big colored building in the background is a shopping mall and a parking lot.

Alcohol and cigarettes. Yes, these are storefront windows. 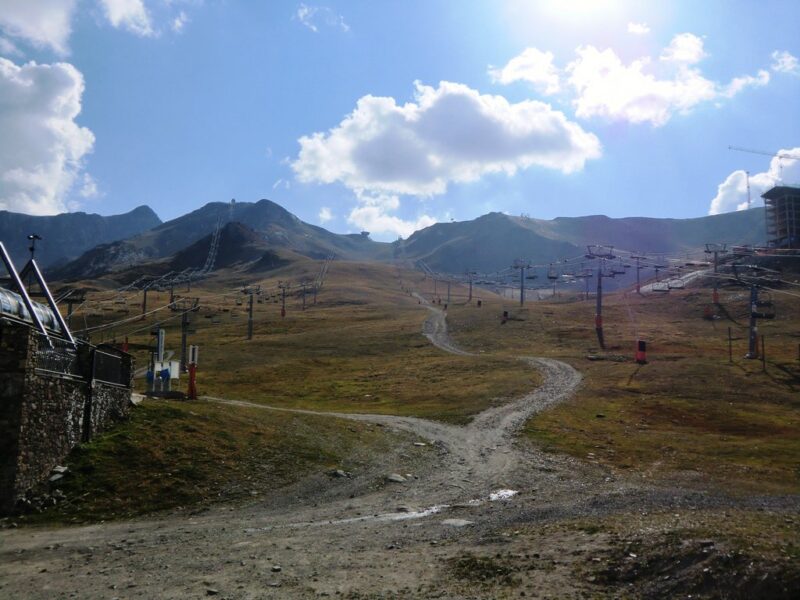 There isn’t much else to say about El Pas de la Casa. It’s not the prettiest place in the world, but it’s an Andorran landmark in itself nonetheless.

And a place that is dear to my heart somehow. I loved going to Andorra as a child (they also have lots of duty-free toys), a teenager (I also bought my first walkman there), and a young adult (for the landscape, this time). A few times a year, arriving at Le Pas de la Case always meant the beginning of a fun adventure or shopping trip.

Strangely, I don’t think I’ve ever been skiing in Andorra. That’s mostly because I used to spend most of my winter vacations a few kilometers away, right next to slopes that were much closer and didn’t require crossing a border.

With these lines, I’m ending this series of posts about Andorra at least for now.

I really enjoyed that last trip there. It will be 10 years ago next month, after so many years not going. Hopefully, I’ll go again in the foreseeable future. I would probably have gone this month if it was not for stupid Covid. I’ll definitely try to go for my next trip to France, whenever that is. And when the pandemic is over and it’s sensible to travel again, I warmly advise you to visit the place, to go skiing, shopping, hiking, or – more important – to simply enjoy the wonderful mountain landscapes that Andorra has to offer as well as its unique culture.