My Drosera is Flowering!

Remember, a bit less than a year ago, I told you about starting to take care of some plants, not knowing what I was doing:

Do I have green thumbs? We are about to find out…

I never really posted an update, because not many of this first batch of plants survived. Sorry. However, no giving up, I bought a few more over the past year and I’m proud to announce that none of my plants (old and new) have died since last October. So I must be starting to understand what I’m doing, at least a little bit, and I’ll never thank enough the plants who sacrificed themselves so that I can learn how to keep the second generation alive.

Among the plants that I bought a few weeks after that post is a Drosera (a drosera capensis), also known as a Sundew.

It’s been growing very nicely for several months now, despite not eating much until recently (it’s a carnivorous plant). At the moment, it’s spending a lot of time outside and the gnat population around my house has dropped drastically.

Also, a few days ago, it flowered for the first time! 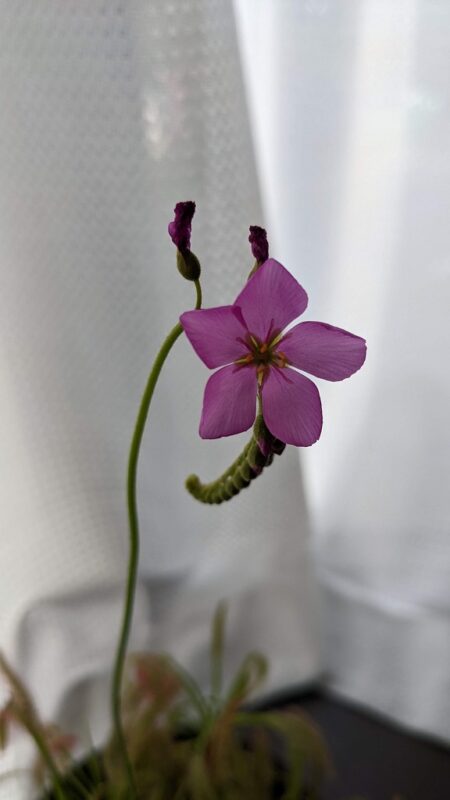 As you can see, the stem of the flowers is very long.

Can you guess why? 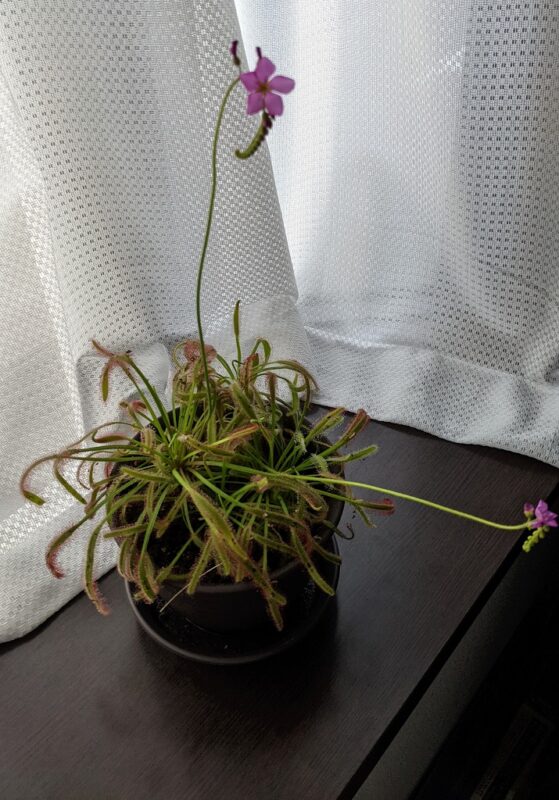 It is to facilitate pollination. See, insects usually do the whole pollination thing and… Insects are also food for a drosera! Having the flower as far away from the leaves as possible helps to avoid the insect that’s going to carry the pollen elsewhere getting eaten a few seconds later.

Unfortunately, as my drosera is probably the only one in the neighborhood, I don’t think any pollination will happen. Oh well. 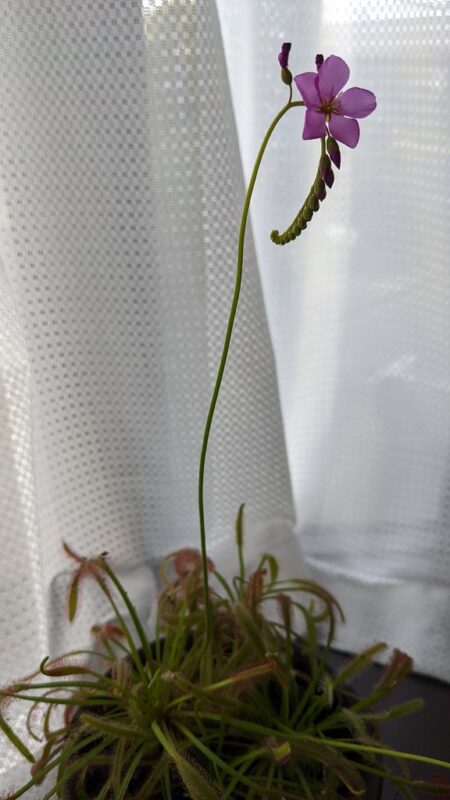 Also, did you notice how there’s a “string” of flowers and buds? At first, I waited a little bit so that more flowers start blooming except… that each flower seemed to be lasting one day only! First, the bud blooms and becomes a flower during the night. In the morning there is one beautiful flower that will die in the afternoon and will be replaced by the flower that is next in line on the string. Interesting, isn’t it?

OK, now, I guess I need to post an update about all of my plants very soon, right?