It’s already nighttime on Christmas eve in my part of the world. The kids are in bed and we’re waiting for them to be fully asleep so that we can put the presents near the Christmas tree.

I just remembered a thing I wrote last year and it’s still valid this year.

Covid-19 is still around, Omicron is spreading faster than wildfires. Traveling when avoidable really should be the last thing on everyone’s mind, but in some parts of the world, a lot of people seem to have given up on fighting the pandemic and seem to have decided to help it spread instead.

It’s unfortunate. Luckily, some people are fighting the good fight and will be staying home this Christmas. For some of you, it may mean spending Christmas alone. And you’re probably dreading it, with reason.

Depending on your culture, Christmas may be more or less important. In mine, Christmas is the main family holiday of the year.

So, know that if you have to spend Christmas alone, I fully understand your feeling. While I’m lucky to have a family near me these days, and that I am spending Christmas with them, back when I lived in the US, between 1998 and 2005, I spent a few Christmases alone there (three or four, I can’t remember exactly). And it really sucked to be far from my family at a time when we usually gather together from wherever we are in normal times.

Well, then, maybe I can try to give you a few tips and advice.

I think that every time I was alone for Christmas, the first and main thing I did to prepare myself for that ordeal was to tell myself and convince myself, starting several weeks in advance (so it may be a little too late for this year), that this was just going to be a regular day, no different from the other days of that week (as I was a student at the time, it was Winter break, so I would treat it just like another Winter break day: getting up late, watching movies, playing video games, chatting with friends online – can you believe it? social media didn’t exist yet!) I would get presents (from family, friends, and myself), but I would just open them whenever I got them, not on the day, and I wouldn’t really do anything special on Christmas eve. Maybe a “French-ish” dinner and a movie, and not much else.

It worked pretty well for the most part. The only thing that would make me feel down would actually be other people when they tried to cheer me up! I know they meant well, but every time it would go the same way. I felt pretty OK about being alone for Christmas. Then, a friend or acquaintance would ask me about my plans, whether I would fly home, these sorts of things. And I would tell them that no, I wouldn’t, I’d be alone. And then, in their most sympathetic voice, they’d tell me how sorry they were and how bad they were feeling for me.

That used to crush my mood instantly.

So maybe this piece of advice is more for people who won’t be alone and who talk with people who will be alone. Please, don’t overdo it with the being sympathetic thing.

One thing that will probably help, is that as opposed to my experiences with being alone for Christmas, this year – if you’re in that situation – you won’t be an oddity. Many of you are in the same boat. Maybe it will help normalize it? Yes, it sucks and it feels like shit, but hey, at least, you won’t be the only one for whom it’ll suck. And well, most of the past two years have sucked anyway, so that’s just one more thing among others, right?

I lived in Gainesville, Florida at the time, and once again, I was going to spend Christmas alone. I had managed to prepare myself psychologically (I had done it a couple of times before, I knew what to expect by then), and everything was more or less planned to be as OK as possible on that Christmas eve.

One of my good friends at the time was not super close to her family, so while she usually spent a day with her old Mom who lived a few hours away, she was going to stay in town for the rest of the break, we’d hang out and all that…

Well, things started to go astray when she was hospitalized just a few days before Christmas, with a pretty serious health issue. She had to spend Christmas in the hospital, not in a good shape. Actually, whatever happened to me after, I just needed to remember where she was and how she was feeling. That was enough to prevent me from feeling too sorry for myself.

She had a few pets (one or two dogs, one or two cats? I can’t remember exactly, but at least one dog). My roommate (who was spending the night and more with her family) also had two cats that stayed in our house. So, the plan had become to do a lot of pet sitting on that day and that night.

The day of December 24th was pretty uneventful.

When night came, I went to my friend’s apartment to feed her pets, walk her dog, clean her cat’s litter, and all that. I probably spent a couple of hours there, and then returned to my house, starting to be a bit hungry and looking forward to preparing and eating the nice dinner that I had planned (I think it included confit de canard, as it’s one of the few French dishes from my home area that could easily travel to the US).

Well, Ethel has other plans. Ethel was one of my roommate’s two cats (I can’t believe I don’t have pictures of her on this blog, nor in my possession – here is her twin sister Lucy – although Ethel looked slightly different, mostly a bit smaller). She was probably the only cat I ever loved (I didn’t hate all of the other ones, don’t put words in my mouth), and while I was at my friend’s place taking care of her pets, Ethel got sick and pooped all over the kitchen and the living room! It was some of the stinkiest cat poop I remember smelling. And of course, it was on the diarrhea side of things. I had to clean both floors, and probably the blanket on the couch too, as well as quarantine the poor animal for a little while, until after it seemed obvious that her intestines were now empty. Pro tip: if you have a fireplace, ash is ideal to dry up cat diarrhea – somehow I had read about it, and it worked.

While it was Florida, it was northern Florida in late December, so nights were a bit chilly. I had to open all the windows in an attempt to get rid of the stench in that part of the house, with some success, but of course, it became quite cold in the house. It took a good two hours or so before the air had been replaced enough in the room to allow me to close the windows and put the heater back on.

It was way past 10 pm when, finally, I could start my evening and try to have some fun somehow.

I decided to watch a movie. There were always a few DVDs that I hadn’t watched sitting around – the record/DVD shop next to campus always had amazing deals or used DVDs. I picked one more or less randomly and put it in the player.

It was Darren Aronofsky’s Requiem for a Dream…

I’m sure I would have loved it if I had seen it under different circumstances.

I have never watched it again (I probably should, though), and this is my other important advice: if you’re home alone for Christmas, do not, under any circumstance, watch Requiem for a Dream, nor any other movie that you haven’t watched yet for that matter. Only watch movies you know well and that don’t have any surprise for you.

Sometimes, I watch two movies on Christmas eve. Not that night. I just went to bed. I probably fell asleep almost instantly.

So, if you’re alone for Christmas this year, and if you start feeling down because the boredom and loneliness are taking over, just think about my story.
Hopefully, your Christmas is not as shitty as that one (pun intended).

Oh, and no matter what, be serious with social distancing, y’all. Put a mask on your face, yes, your nose too! Do you really want that thing to keep on going and going? Because it will if we don’t collectively stop being idiots. 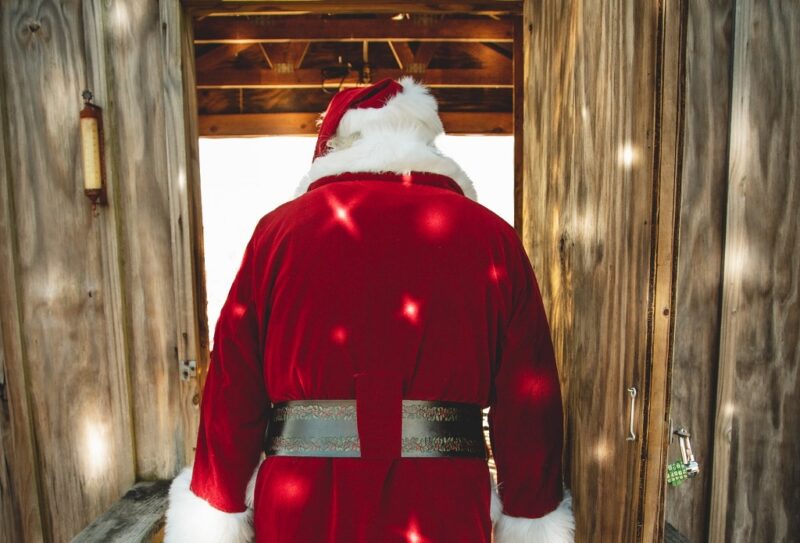