I wrote this five years ago, on another blog. I’m reposting it here, with a few edits.

It’s funny how, when people ask me who my favorite singer/band is, I almost never answer David Bowie (I usually said Radiohead, Nine Inch Nails or Explosions in the Sky, depending on who I’m talking to). Yet, a day rarely goes by without me listening to at least one of his songs. To give you an idea, I have about 7,000 songs in my music library, and 866 of these are from David Bowie, and as I often listen to music on shuffle, you can imagine. He does pop up quite a bit in my playlist (I don’t think he has made that many songs, some of those tracks are remixes, different editions of the same song, and such).

I think I have pretty much all of his music.

So, yes, he’s such an integral part of my music life that, all in all, I don’t think of him as a “favorite musician.” In a sense, he’s way above that. 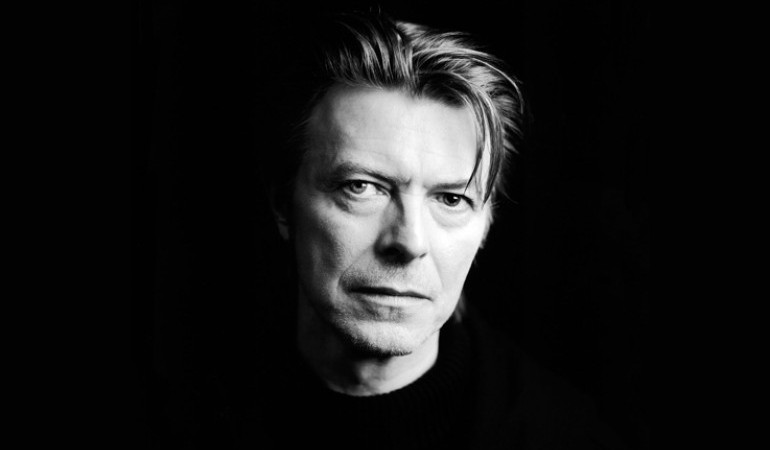 On Monday, just like everyone else, I learned the news… Of course, it shocked me, and yet, it didn’t. I assumed that since his heart attack, twelve or so years ago, his health had been a bit frail. His previous album, The Next Day, sometimes had vibes of the approaching end (at the time, I took it as the end of his career, that he was about to retire, he kinda already had). I found him incredibly thin on the picture that was released along with Blackstar last Friday. And yet, he’s David Bowie, he’s immortal, isn’t he?
Well, his human body isn’t, it’s made of the same things as everyone else’s of course.
I’m still a bit in the denial phase.

I don’t really remember the first time I heard one of his songs, or even heard of him. It’s as if, he’s really always been in my life. For example, I remember very clearly the very first time I heard Queen. It was when Bicycle Race was released as a single, by the end of 1978, I was five years old. The band never really left me since.
David Bowie, on the other hand, I’m trying to remember, but I can’t. It’s as if I’ve always known these songs for example:

That’s interesting because that “knowledge” definitely doesn’t come from my parents. My mom has never really listened to any music at all, and the only interesting music that I have ever heard my dad mention is the Beatles, and he must have listened to them before I was born. I don’t remember him ever actually listening to them. Yep, I wish I could say that I was named after David Bowie, but I wasn’t, unfortunately.

Collecting my memories from the ’70s, I remember that the music that played on TV and on the radio at the time was indeed much more interesting than it is nowadays.
Also, one of my cousins could have played a part? I have three cousins who are 15-20 years older than me and who babysat me quite a bit. One of them introduced me to English-speaking music, although at the time she was mostly listening to disco, so even though I know the Bee Gees because of her, I’m not too sure whether or not she has introduced me to Bowie?

In the early ’80s, I also remember a supervisor at “summer camp” who was a huge Bowie fan (she even had his red hairdo from a few years earlier) and I remember her talking about him in length. She also must have had an influence on me, never before I had met someone so passionate about music and I know that the name David Bowie became familiar to me partly thanks to her. Hmmm… I remember discussing China Girl with her and she was surprised that I knew him at such a young age. So, she’s not the one who introduced me to him, it was later.

One thing I remember very well is the first time I saw the Ashes to Ashes video. That is, I think, my first clear cut memory of David Bowie. As a seven years old boy, I must admit that I did find the video a bit disturbing, but the music totally captivated me, and I think that’s the moment I realized that there was this guy singing those amazing songs, and I slowly started to connect the dots with all the other songs previously mentioned.

After that, the other big milestone is simply Let’s Dance, which is pretty much the moment David Bowie became mainstream, at least in France. And alongside with it, Merry Christmas Mr. Lawrence. I really only saw it on TV a few years later, and while I haven’t watched it in a while, I think that it is one of those great movies that don’t get the recognition they deserve (and not only because of David Bowie).

I should also mention Under Pressure, but the truth is that I realized only years later that Bowie was co-singing it.

In the ’80s, Bowie rhymed with China Girl, Modern Love, This is not America, Absolute Beginners, and the movie Labyrinth. The ’80s is also the decade when I became a teenager, and of all the celebrities around me, David Bowie really became the example of “the perfect guy” the one I would aspire to become, but couldn’t because he was too cool and too perfect, or something like that.

I was far from a being a cool kid in school, quite on the nerdy side actually, but Bowie was who I wanted to become if given the choice. Not really a role model, I know from the start that I could never ever become that guy, so I didn’t even try. He was some sort of unattainable dream. I don’t know if that makes sense. To give you an example, there was this kid that I had known since forever ago (our moms worked together) who was a bit older than me and who was the closest thing to Bowie in terms of being cool. When we were teenagers, he just didn’t care about me (we weren’t friends, we just knew each other). However, in the early ’90s, we had a summer job together and we became friends (we didn’t keep in touch afterward, which is a shame). In my mind, it marks the time when I stopped being an awkward nerdy kid and became “cool.” Or at least “cooler,” I’m not sure if I was ever cool. I became less awkward though, I think. In any case, if I could be friends with him, the “incarnation of Bowie” in my eyes, and if he would treat me as his equal, maybe it meant that I wasn’t that nerdy after all.

The ’90s started with the Tin Machine experiment. It’s also the time of my life when I strayed a little bit from Bowie. The early ’90s really is the moment when I started to listen to music, a lot of music, and at that moment Bowie was a bit too ’80s and mainstream for me I guess. But even then, I loved Jump, they Say.

And then 1995, Outside and his collaboration with Nine Inch Nails happened. I discovered the band just one year earlier, and it instantly became one of my favorite bands. It still is more than 20 years later. I was simply amazed that David Bowie would work with them. This is the moment when I started to consciously care about his music, past, and present. All those songs from the ’70s that I had known forever, but never actually paid that close attention to. They were just part of my cultural background. I actually started to pay close attention to them back then.

It’s also the time when I started to consider Bowie, not in terms of songs, but in terms of albums. However, from Outside, I still need to mention a few songs, namely the Hearts Filthy Lessons (along with the movie Seven – one of my favorite movies) – that song really blew me away, Hallo Spaceboy, I’m Deranged (and I cannot not mention Lost Highway, probably my favorite David Lynch movie – “funny” how he David Bowie worked with a lot of my other favorite artists), Strangers when we meet.

Next comes Earthling, surprisingly the first album I bought from him. I really can’t isolate one song over the others, I always considered it as a whole, maybe because I listened to it so many times in college.

I also kinda bundle Hours, Heathen and Reality together. Probably because they came out one right after the other and while I like them all, there aren’t many big stand-out songs in my opinion. Also probably because these albums were released at a time of my life when I used to listen to – and consider – whole albums as one musical unit, without really listening to songs individually.

He returned with a bang three years ago. The Next Day is one amazing album, and the Stars (are out tonight) is one of my recent favorite songs.

As finally Blackstar (the album). Such a beautiful album. I know it’s difficult to be totally objective when an album gets released just before or just after an artist’s passing, but I think that Blackstar is genuinely one of his best albums. Blackstar (the song) and Lazarus are such amazing songs. And the rest of the album too.

I think that’s all I have to say. A retrospective/anthology of my relationship with David Bowie or at least his music, to help you know him better if you need to.

Farewell Mr. Bowie, and I’ll never thank you enough for all that you brought to me and to the world… 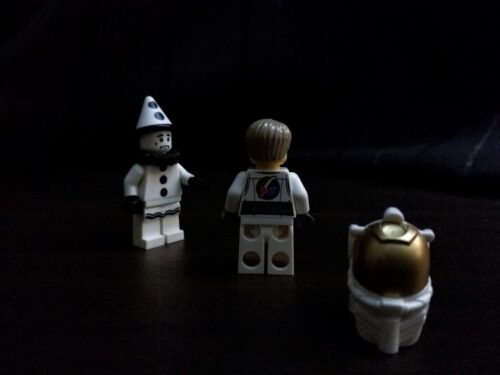 And five years later, I have never stopped listening to you, I still do it as often as before. I don’t plan on ever stopping. I have started to play his songs to my kids too.