Lego, Queer Eye, my kids and I

So you may know that I like Lego quite a bit.

It was my birthday a few days ago and I decided to get this set: 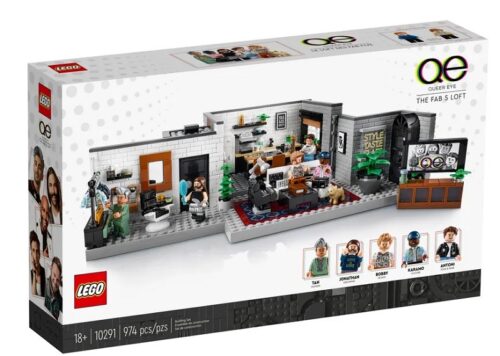 I sometimes do silly webcomics in Lego and I thought that the apartment looked pretty awesome as a location for them. That’s what motivated my choice.

I had a vague memory of the first version Queer Eye for the Straight Guy but wasn’t a fan. First, “makeover reality shows” are not really my thing. And that show, in particular, had a tone that was a bit too “hyper” and an approach that was a bit too stereotypical in their depiction of gay men in my opinion. However, maybe that impression was a bit too harsh. If I remember correctly, my gay friends back then didn’t mind and were happy with any depiction of gay men that was positive. Honestly, I never dwell too much on it; besides Survivor, I do not really care about reality shows.

I was not even aware that it had been rebooted. I thought that the Queer Eye on Netflix was basically the same show. Either the old seasons were on Netflix or the show had been going on for many years. And honestly, I didn’t give it a second thought. As I said, I’m not into “makeover reality TV.”

I built the set over the weekend and it is indeed an awesome set. Right now, I left it as is, but well, Lego wouldn’t be Lego without some customizations, right? So, they’ll come eventually.

When I told them that it was a show on Netflix, they asked to watch it.

Then, I’m the one who got intrigued. As they mostly watch anime, Japanese kids show, and once in a while the kid-friendly things that I watch (Marvel, Star Wars, and such), I wondered how they would react to an American reality show, taking place in a setting that they’re not familiar with (the “real” US). I was also intrigued how this show would introduce them – or not – to LGBT, if not issues, at least people.

So, we started watching. We watched the first episode of the newest season. It takes place in Texas, a place my kids know nothing about.

It was pretty odd to watch an American show dubbed in Japanese (for them) and subtitled in English (for me), but I rolled with it.

I thought they’d watch five minutes of it and be bored. To my huge surprise, this is not what happened at all. My daughter loved it and was hooked and is begging for more! My son also watched all of it, which surprised me even more.

Well, I was not expecting much, or rather I wasn’t sure what to expect, dreading something a bit too over the top, and to my great surprise, I loved it!

I was really interested in what the Fab Five (that’s their nickname, right?) were doing. They acted very naturally and not as caricatural characters as I first feared. I especially loved how tactful, respectful, and caring they were with the woman they were helping. I was even moved and touched at times.

It’s really not a “makeover show” at all. It’s really about helping people get the confidence they need in their lives, make the changes they need to make in order to get unstuck mentally, and such things.

I especially really like the positivity that she shows brings. We all need more of it in our lives at the moment.

These guys are not there to “make a show” (well, they are too). The show is really not about them so much as it is about the person they’re helping, and more generally about teaching people to get more self-confidence and more self-love.

Sure, I’ve only watched one episode, but I suspect that the tone and the purpose don’t change much from episode to episode.

I was almost finished typing these lines when the kids asked to watch the second episode. To my surprise, this time, the Fab Five helped a young trans woman accept herself and also her father to accept her. It really was a beautiful episode, but in addition, it became something else.

I had the feeling it would, but it became clear when my daughter asked me what gender was.

Recently, I had started to wonder how to teach them about gender and LGBT+ issues. Honestly, I didn’t know where to start. Not because it makes me uncomfortable, but because it’s simply not a part of their lives. Growing up in a small city in Japan, it’s just not something they encounter.

Japan’s attitude about LGBT+ is quite peculiar. There is much less homophobia or transphobia than in the West – at least the violent and hateful kind, there’s plenty of the structural kind – but on the other hand, there isn’t much discourse or education or anything else about the subject either. In Japan, such things are just “don’t ask, don’t tell.”

For example, I don’t know a single LGBT+ person in Japan, and by typing this, I know that it’s statistically untrue, I must know some. Except that they’re not out.

So how to talk about the subject to my kids when they’re not even aware that it’s a thing?

Well, Queer Eye allowed that! And do you know what’s great about kids? When they’ve not been brainwashed from the youngest age, they just simply accept that love is love without judgment.

And conversations such as these two examples happened during and after the show:

“Dad, why is this woman kissing this other woman?”

“Because they’re girlfriends and they’re in love.”

“She is a real girl. She grew up in a boy’s body, but deep inside her heart, she knew that she was a girl, not a boy. So she is a real girl, it’s that before she was not a real boy, in a way.”

And they didn’t even ask or comment on Jonathan donning a beard and wearing a dress at the same time. It was a non-issue. They just were a bit disappointed that his hair on the show was shorter than his Lego Minifigure. (I understand that it used to be longer)

So yeah, thank you Lego for this great apartment, but also for introducing me to these wonderful and fabulous five. And you guys, thank you for this great show and for allowing my kids to learn about LGBT+ in such a positive context. You have not one, but three new fans.

And I’m hearing that some episodes take place in Japan! Can’t wait to watch them… 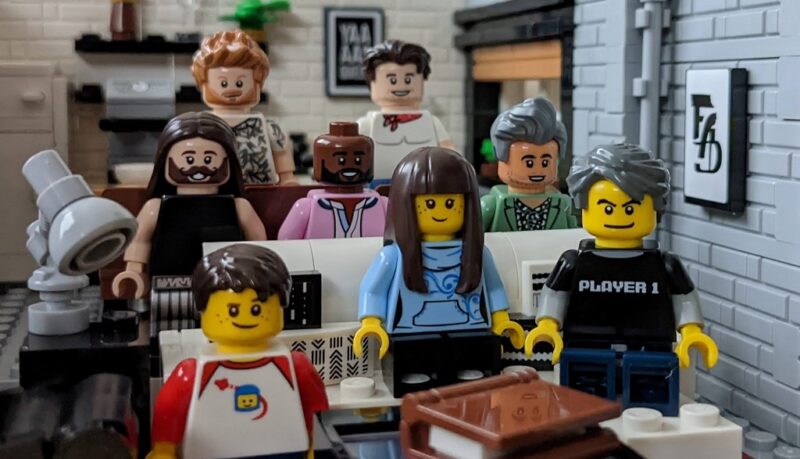 Tags:EducationGenderJapankidsLegoLGBT+love
previousWhat’s your problem?
nextWhat is the difference between an alligator and a crocodile?