A little while ago, Netflix suggested that I watch Andrew Niccol’s In Time.

I only had vaguely heard about it before, probably because it was released in the Fall of 2011, just as I was moving to Japan. Andrew Niccol is a director I like, so why not watch it, right?

It’s also a good occasion to try the “micro review” format of my DavidB, Gator & a movie series of Lego webcomics. 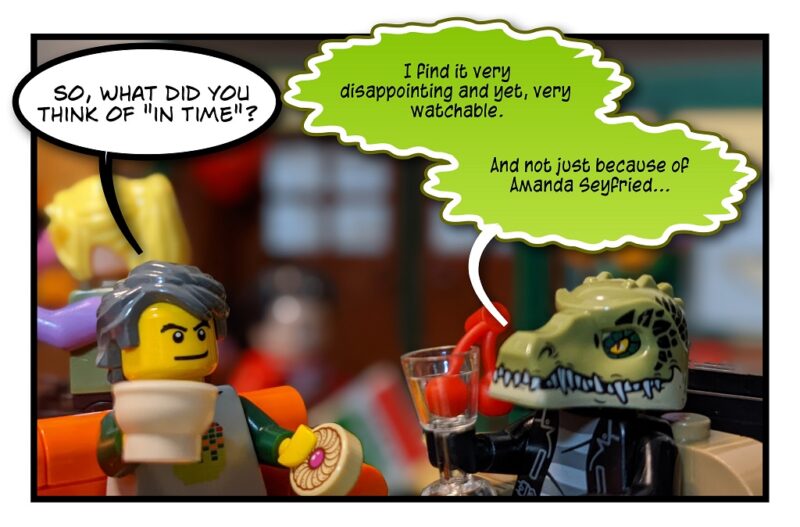 That’s it. That’s the micro review. What do you think? Too short? OK? And what did you think about the movie too if you’ve seen it?