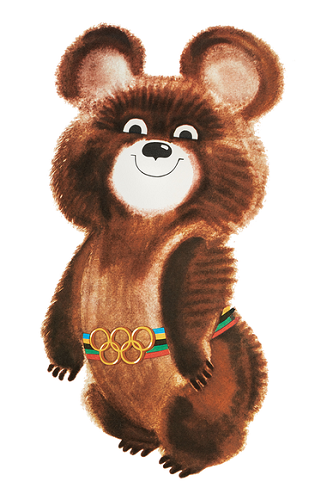 I grew up adoring the Olympics. My first memories of the event are the Games of Moscow in 1980. Although, I mostly remember its very cute mascot.

Los Angeles in 1984 was when it all really started for me. I remember watching as much as I could of it. I still remember Carl Lewis’s triumph to this day.

For the next two decades or so, every four years, for two weeks, I would be glued to my television, fascinated by the event and all the people who were a part of it.

I’m not exactly sure what it was. Maybe, this very improbable idea of seeing every single country in the world coming together and competing in every single sport (or so I thought as a kid) becoming real. 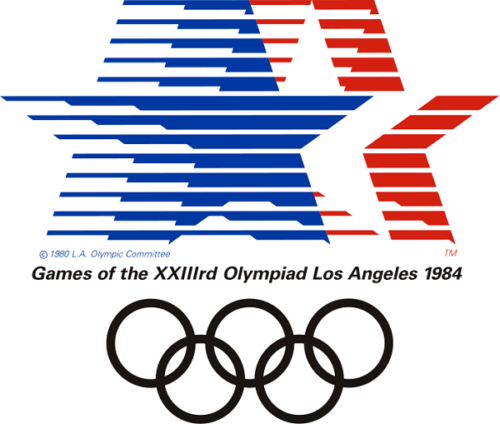 Then things started to change.

It was in 2000 with the Sydney Olympics. I lived in the US back then and that country is just the worst place to watch the Olympics that I know of. Nothing or almost nothing was shown live. The focus was exclusively on American athletes to the point that you’d almost forget that there were other nations competing too. The minor sports are all but forgotten. Commercial breaks are every five minutes or so. Events that are cut and edited (remember, they’re not live TV). I forget other similar atrocities, I don’t want to spend time and energy trying to remember them.
If you’re not an American, you’d be shocked to watch the Olympics there.
If you’re an American and have never watched the Olympic Games in another country, you have no idea how bad the situation is in your country and how terrible NBC is.

I had to suffer through the same ordeal in 2004.
Honestly, one of the things I was happy about when leaving the US was that I could watch the Olympics again.

In 2008, I was back in France and I enjoyed the games once again. However, they were being held in China, right when the country was making its hegemonic intentions clearer and clearer. The political dimension of the Olympics was becoming obvious once again.
Of course, the Olympics are often political, but since the end of the Cold War, its political dimension had been somewhat toned down, almost invisible.

By 2012, I had moved to Japan, and the time difference between Japan and Britain, or Brazil in 2016, made it difficult to follow the Olympics in a satisfactory way (which is probably often the case in Japan, I’m afraid).
The focus on Japanese athletes in Japan is pretty intense too in the media, not as bad as the US, but bad enough that it can get annoying at times. At least they show the competitions uncut and live, it’s the constant rehashing of Japanese victories that can get tiresome.
So, yes, in case you’re wondering – at least with sports – American nationalism is worse and more unbearable than Japanese nationalism.

I wasn’t as excited as you may imagine I should have been after reading this long introduction. I guess that I’m a grown adult now, and I know and see the reality behind the Games.

Sure, all nations still meet peacefully for two weeks. Yes, sports that we usually never hear about get showcased. These things are still there. But, there’s also the fact that the IOC is a corrupt organization, and it’s a fact that’s getting harder and harder to ignore.

Still, the games were being held in my country of residence for the first time in my life. So, there was that.

It went downhill from there.

When the dates were announced (late July to early August) everyone with an ounce of sense let a collective “WTF?” out. This time of the year is the very definition of “scorching hot”.

And then, Covid happened!

After the first few weeks of confusion, I was shocked (in a good way) that the Japanese government actually postponed the games.

Of course, postponing them just for one year seems like a very arbitrary decision, one that hasn’t been thought out entirely. 2022 sounded more sensible.
I even think that 2024 would have made even more sense (Paris would be in 2028 and Los Angeles in 2032). Of course, the powers-that-be would not have it this way. Their way of thinking doesn’t revolve much around sense and rational thinking, but rather around money, social status, and hubris.

If the IOC didn’t care about athletes and staff risking heatstrokes or worse in order to please NBC (which plays a big part in the choice of the dates), It wouldn’t care much about Covid either. In other words, the IOC wouldn’t let a pandemic foil its plans and big cheques anymore than it had already done.

And the games went ahead… Despite Tokyo being in the middle of a state of emergency and seeing its highest numbers of daily infections pretty much since the pandemic started.

During all of these months, I became angrier and angrier with Bach and the IOC who were willing to risk the health of an entire country and possibly the world to have their Olympics. I was angry with Suga who has no spine nor any leadership skills and will never grow either. I was angry with Koike who could have pulled the plug on the whole thing. At some point, it seemed that she was going to do it, but she ended up doing nothing.

Friday night, the Opening Ceremony took place. Still angry, I didn’t really want to watch anything that had to do with these cursed games (I’ll spare you the shitshow that the days prior to opening day have been, I’m sure it’s easily searchable on Google). And then I looked at my kids. They didn’t care so much about the Olympics. Of course, they heard them being mentioned many times, but K just doesn’t really know what they are. H, not much more. She saw a few things in 2016, but not much. 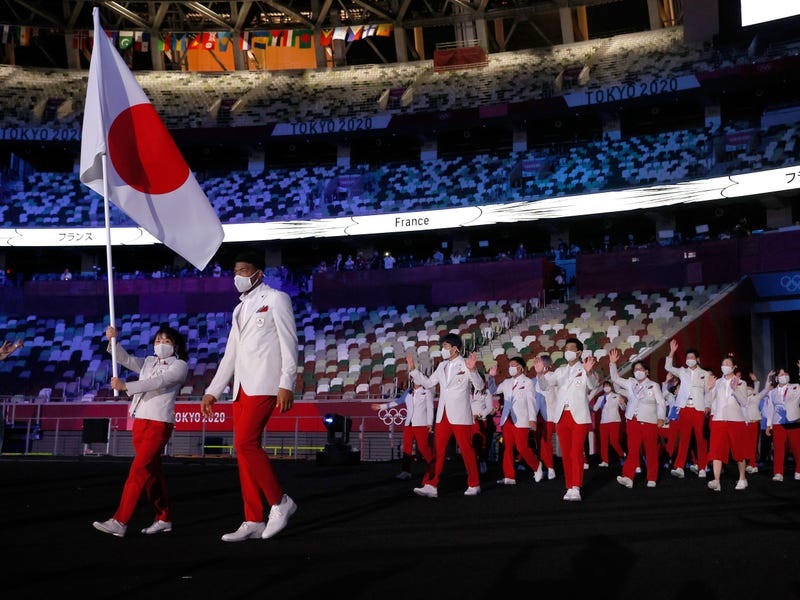 I saw my kids and as often, memories of myself at their age resurfaced. I remembered how, for some reason, I’ve always loved the Parade of Nations, even as a small child. Neverending, but so interesting and instructive. I really think that the Parade of Nations is one of the things that triggered the fact that I’ve always had a global view of the world and not a nationalistic one.
I want to teach this to my kids too. And when you grow up in Japan, it’s not an easy feat. If you know the country a little, you know how self-centered it is.

We missed the first few countries, but they loved every minute of it. They searched the flags on the big world map (with a list of flags included) that’s pinned on the living room’s wall. I told them where most countries were located on that map. I explained what languages were spoken there when asked. I answered questions they had when I could.

The sporting events started on Saturday. I wasn’t sure if they were going to be interested and… they ended up spending most of the weekend glued on the TV, watching sports that they never heard about before, involving people from many countries, most of them they only know by name, some they’ve learned on Friday night.
I see the invaluable learning experience it is for them. The bonding time with their dad that this represents too.

And here is my dilemma.

How to reconcile my hatred of the IOC, of the fact that the Olympic Games are happening at this very moment, threatening the entire country, the entire world, with new Covid waves and variants, with this priceless experience it is for my kids and myself too as their father?

For the past three days, I’ve felt like a hypocrite when I shared on social media and more all that is wrong with the situation while watching as many events as I could at the same time.

And I also feel like a hypocrite when I get excited for an event, even more so when I see my kids getting excited, while I hate the fact that this event is even happening in the first place.

What to do then?
What is the right thing to do? Should I stop watching? Should I stop explaining to my friends and contacts outside of Japan why these Olympics are wrong and shouldn’t be happening? Should I keep on doing what I’ve been doing for the past few days and if someone calls me a hypocrite, so be it?

Honestly, I’m not sure.